Mechanical/Hydraulic Governors -Why fly weights are driven at a higher rotational speed than the engine?

Why fly weights are driven at a higher rotational speed than the engine? 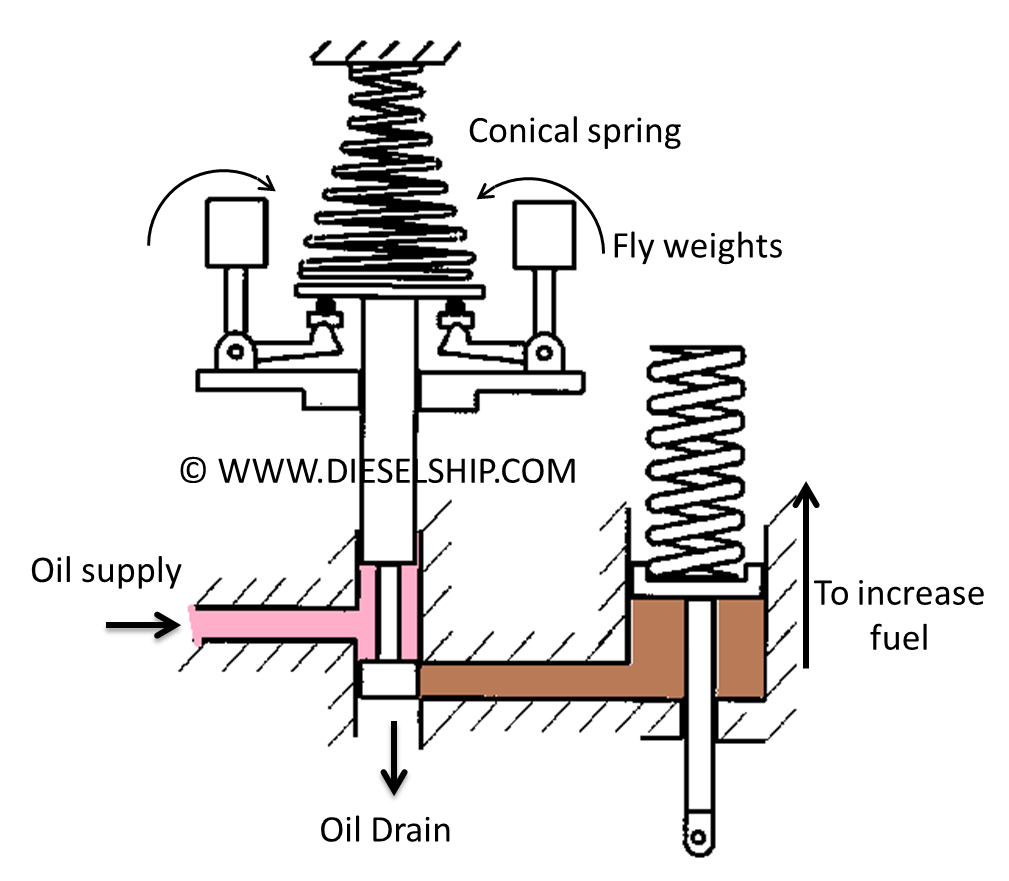 * This difference between the spring and the fly weights is called the governor effect, which is responsible for moving the pilot valve and hence the fuel rack.

Where, m = Mass of the fly weight

r = radius of the rotation of fly weight

w = Speed of the rotation of the fly weight.

– If we increase m ’mass’ the inertia effect will increase hence the sensitivity will drop as it take more time to act.

– If we increase r ‘radius’ the governor becomes too big in volume and takes higher power to rotate the governor, hence drop in sensitivity is probable.

– Increasing of ‘w’ is possible by increasing the speed of the rotation of the fly weight. Change in speed gives very high effect as the centrifugal force is directly proportional to the square of speed, additionally speed increase proves to be more effective, increased sensitivity, less power requirement, reduced size of governor.

What is a dead band?

In simple terms you could say it is the silent period of the governor at which governor doesn’t take any action.

The dead band effect is reduced by increasing the sensitivity of the governor.

This can be achieved by; 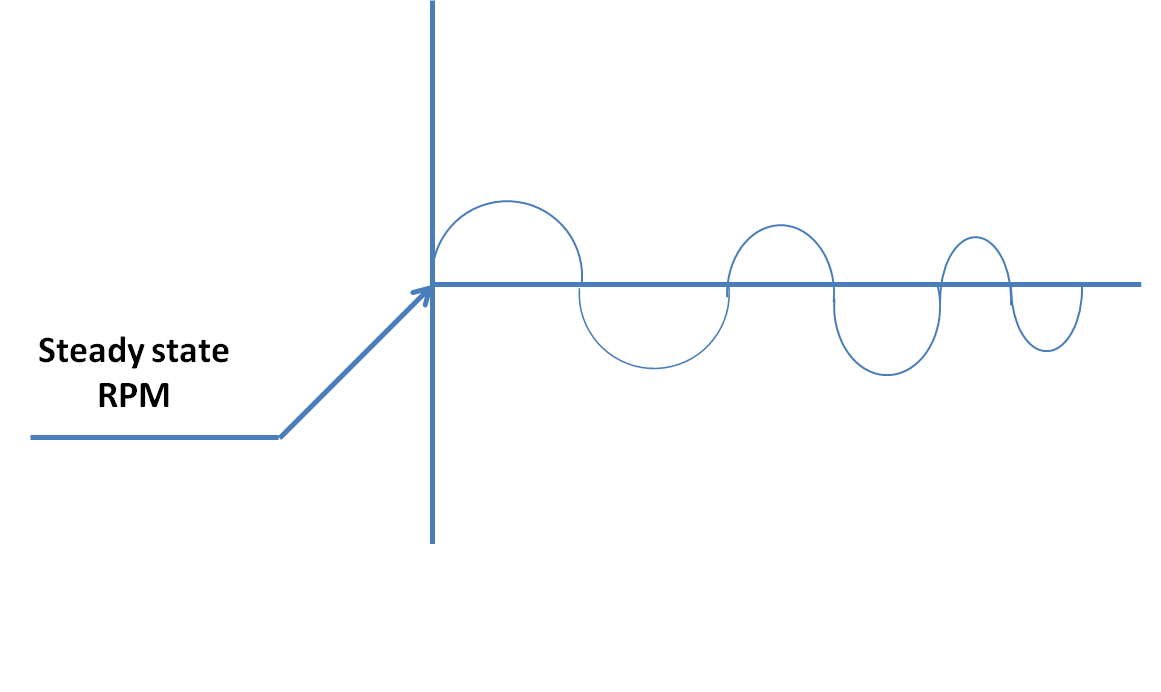 Hunting is the continuous fluctuation of RPM around the steady state RPM is called hunting.

Hunting can be reduced by;

How the output torque of governor is increased.

* The output torque generated by mechanical governors is not sufficient to move the fuel rack which causes sluggish operation of the governor.

* Torque may be increased by amplification of signal may be employed in the servo mechanism, where the secondary, may be designed for greater output torque then the primary, generating the governor signal.

* The other most common method by a hydraulic system incorporated to the mechanical governor, for this reason a gear pump is provided inside the governor, which operates the power piston thereby amplifying the governor effect.

One thought on “Mechanical/Hydraulic Governors -Why fly weights are driven at a higher rotational speed than the engine?”