A guide to writing Measurement Units the correct way

You are here:
Marine General (Non-Technical) 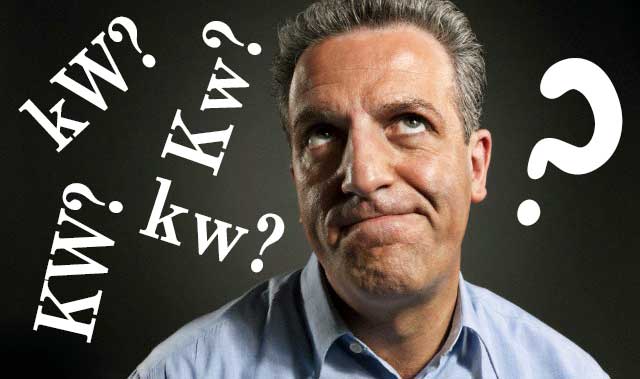 A guide to writing Measurement Units the correct way

I have always had issues when writing the units of measurement like whether to write 50 kW OR 50Kw or 50 KW or 50 kw. This seems to be really a silly issue but such silly things often make us feel uncomfortable.

Hence, I did an elaborate research and found some interesting stuff about the way we should write the measurement units and I am presenting the same for everyone here.

This guide is based on internationally agreed standards and represents best practice. It gives you a clean idea as to how to use and write metric units, mistakes that is usually done and ways to avoid, what to do when there is a conversion, and a very short explanation of how the metric system works.

WRITING A UNIT IN FULL

Denotation of metric units, either alone or joint with a prefix, always starts with a lower case letter – e.g. metre, milligram, watt.

The symbols for metric units are also stated in lower case – except those that are named after persons – e.g. m for metre, but W for watt (the unit of power, named after the Scottish engineer, James Watt).

While using a symbol: Symbols never pluralize, Like 25kg.

While writing in full: 25 kilograms

Symbols should always be written in roman (regular upright) font and never italicized – even within surrounding italic text. This is to avoid confusion with scientific symbols.

The symbol for “per” which mean divided by is always denoted as “/” (slash). Therefore, the symbol for “kilometres per hour” is “km/h”.

Metric system is by far the best unit system to learn and write as the metric system works with a very simple logic and contains simple units and pre,suffixes.

While using unit names in full, the prefix name and the unit name are combined to form a single word

While using symbols, the prefix symbol and the unit symbol are combined to form a single symbol

WHAT IS THE BEST UNIT TO USE?

– Metric system offers plenty of choices to denote a unit; for example a unit can be written as 5000 mm OR 500 cm OR 5 m. Therefore, it is best practice to avoid large numbers or trailing zeroes which makes it difficult for people to count zeroes.

– Also, it is best practice to use whole numbers rather than decimal points of possible like 45 mm rather than 4.5 cm at the same time keeping in mind that a drawing or a paragraph denoting a single object or a project shall contain uniformity in units. Like all units used shall be in meters or cm or mm etc.

DO YOU DIFFERENTIATE A SYMBOL AND AN ABBREVIATION?

Do you specifically write for a particular audience, like if you writing an article for an American blog then be rest assured they wont understand SI units easily as it is absolutely normal for them to follow in metric.

Conversions between metric and non-metric units are best avoided if possible as they interrupt the free flow of the sentence and distract attention. Where they are unavoidable – for example, if quoting from original material, or if the target audience is unlikely to be familiar with the source units – the following principles should be followed: In ordinary prose provide the conversion (in brackets) at first mention only. Do not convert every occurrence throughout the text.

– Mistakes often occur because of a misunderstanding of the Basic rules, These are some of the more common mistakes.

Ram Govindasamy is a sailing marine engineer working for a leading cruise company. Ram founded Dieselship to create an online platform for Marine engineers worldwide to bond, share knowledge & Resources. He is a computer enthusiast who loves creating web based activities, web pages & programs. He is also authoring technical articles, videos for Dieselship as well as for various other maritime websites. Ram is interested in Maritime Law and Technical Operations and looks forward to meeting new people especially those who are interested in creating web based platforms, Assets maintenance & inventory programs and Planned Maintenance software etc