How watertightness of watertight bulkhead maintained where bulkheads are pierced by longitudinal beams or pipes.

The watertight bulkheads are provided in the ship for the following purposes;

Water tightness is maintained by fixing adequate sealing on the way of shaft in the protruding surface. There are many conventional type of sealing used, especially the older ships had an oversize hole in the bulkhead with a stuffing box fitted, fastened by studs to the bulkhead. Tightening of the bolts compresses hemp packing onto the shaft. Now the most commonly used types are of 1. Screw type gland packing, 2. Mechanical seal

– Male and female halves of a gland around the cable are screwed together.

– Neoprene seal and felt washer are compressed to make a good seal. 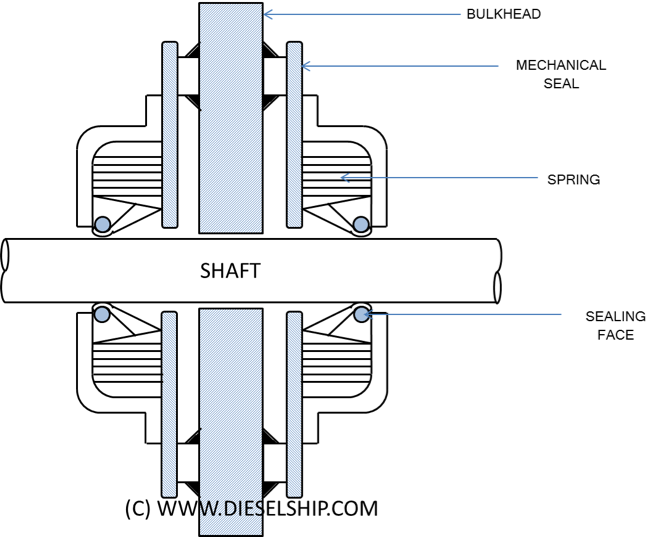 – Mechanical seal as shown in the sketch is also widely used.

– 2 identical seals are provided on the either side of the shaft for better sealing.

How the bulkheads are tested for water tightness

* Testing main compartments by filling them with water is not compulsory

* When testing done by filling water is not carried out, a hose test shall be carried out where practicable.

(Hose to bulkhead distance should not be less than 1meter)

* Where hose test is not practicable because of possibility of damage to machinery. Electrical equipments etc. test may be replaced by careful visual examination of welded connection, where ever necessary by dye penetrant test / ultrasonic leak test / equivalent test.

* In any case through inspection of watertight bulkhead shall be carried out.

To head corresponding to 2/3rd of depth from top of keel to margin line in way of tanks whichever is greater.

* Provided in no case shall the test head be less than o.9 meter above top of the tank. 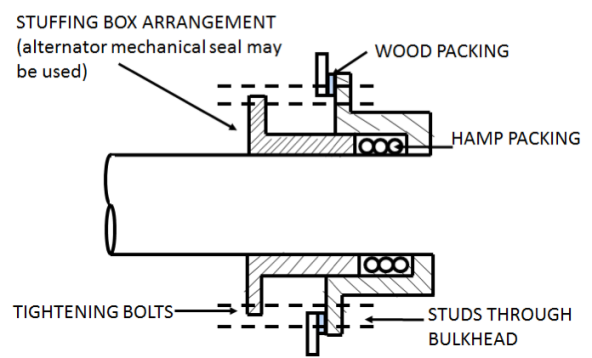 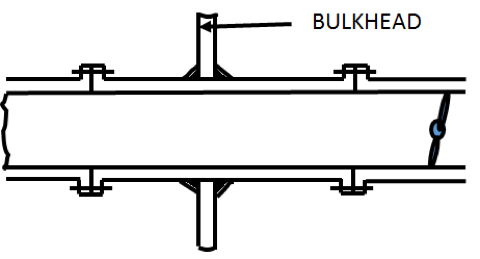