The following plans and drawings are required to be submitted to the shipyard for their use to enable the ship to be dry docked safely. To be submitted before ship enters dry dock
(1) G.A. plan (a reduced copy would do )
(2) Docking plan- ( Fig.1)
(3) Capacity plan with D.wt and displacement /draft scale. After ship has docked.
(4) Shell Expansion. (Fig.2)
(5) Mid-ship Section For structural repairs as ordered.
(6) Detailed location plans of areas where repairs and renewals are required. For propeller shaft withdrawal and survey if ordered.
(7) Assembly drawing of propeller shaft ,propeller and stern tube.

The General  arrangement  plan  gives  a  profile  view of the  ship along  with  plan views  at  main  deck level, and  D.B. tank top level, and  an  end  view  from  forward. This  drawing  is  used  for  berthing  purposes  alongside  repair  berths  as  well as  to   get  a  general  appearance  of  the  ship.  Hence  a reduced  size  drawing  would  do. 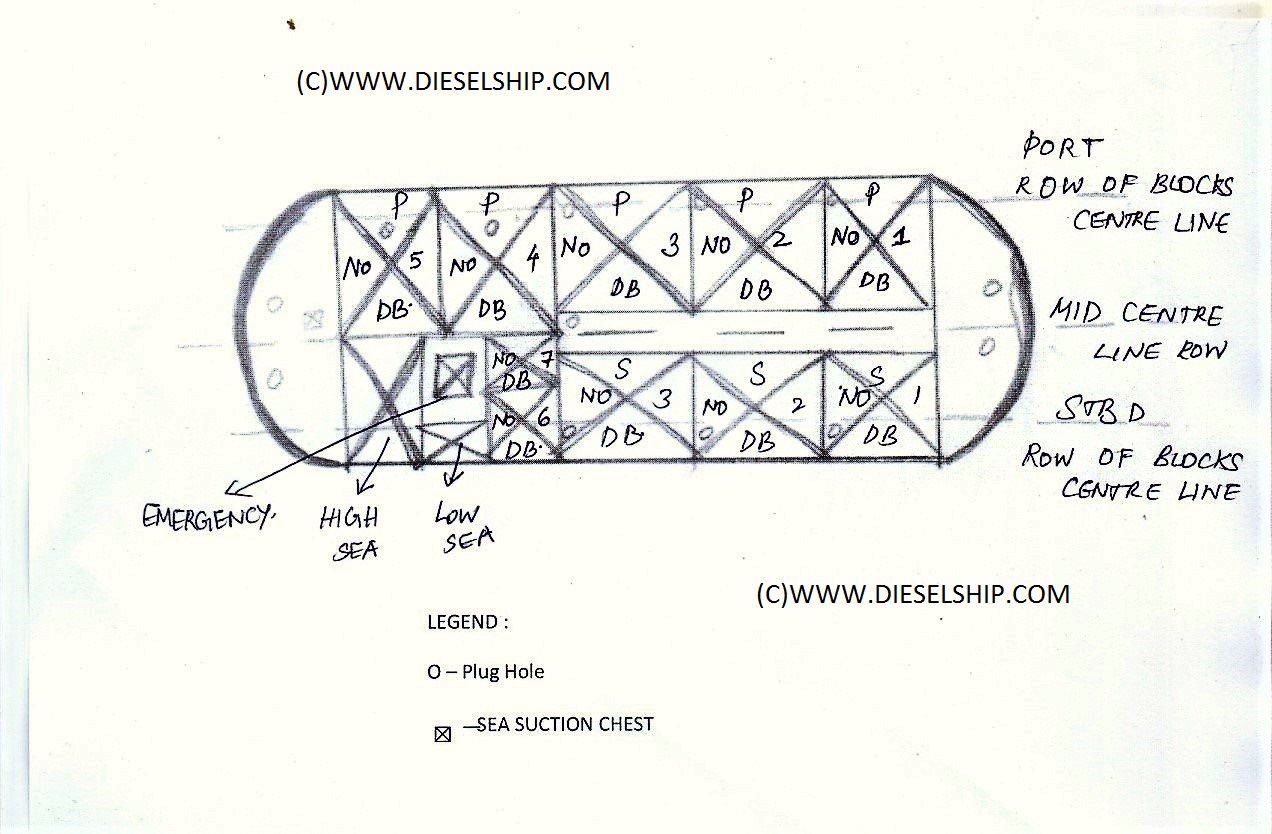 It should be  understood  that  this  docking  plan is  to  be  used  only  for  normal  dry docking  purposes. In the  case  of  ships  being  dry docked  after  heavy  collision  or  bottom  damage, this  docking  plan  will  not  be  suitable. For  this  purpose  an  amended  docking  plan  is  made after  the  ships  bottom  is  photographed  in  afloat  condition by  the  shipyard  diver  and  an  amended  plan  made  to  suit  the  purpose.  It must  provide  for alternate  locations  of  support  for  the  damaged  area  where  the   original  blocks  cannot  be  laid  for  support. 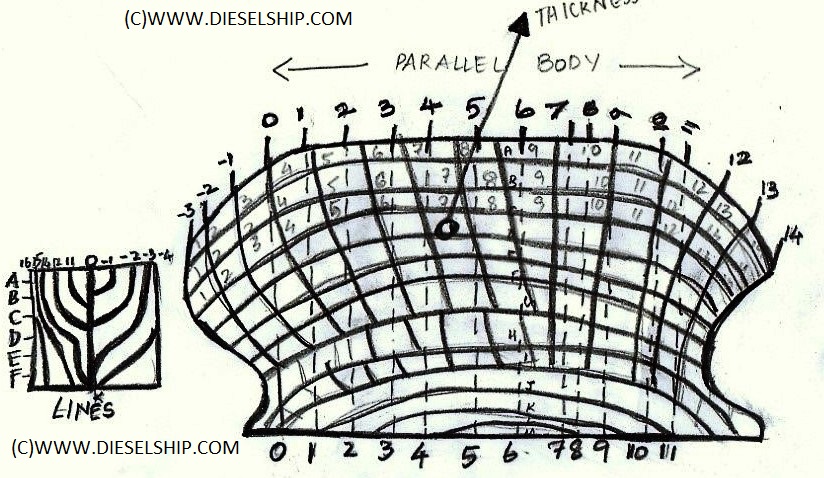 It is a two dimensional drawing of a three dimensional surface of the ship’s hull form. It is developed from the ship’s line plan with the contour lines erected straight on the base line representing the ship’s length. The contour lines on the lines plan are located at corresponding stations indicated by corresponding frame numbers on the length of the base line. When the ends of the vertical lines on the baseline are joined by a continuous line , the shell expansion outline is obtained. The represented surface is then properly marked by parallel lines both vertical and horizontal lines so that they correspond exactly to the number of strakes forming one half of the hull surface. The strakes are marked with letters A,B,C ,etc vertically starting from sheer strake as strake A and ending with keel as strake R eg. The strake numbers are staring from 1 at the stern end to any ending number at the forward bow. Each strake is there fore indicated by a letter to show its level , a number to show its position.
This plan is very useful for the following information:
(a) It is used for marking the location of a hull Damage on this plan by identifying the strake number , letter and frame number so that the exact location of the damage and also suggested repairs are marked in a localised copy.
(b)The shell expansion can be used for finding areas of painting surfaces such as topside, boot topping and bottom areas by applying Simpsons rules directly. In the shell expansion the vertical scale used is different from the horizontal scale and a suitable adjustment has to be made when calculating areas.This becomes useful in solving disputes concerning areas of preparation and painting.
(c) It gives information on the thickness of the original strake which is indicated by the number in the circle shown in the strake. The quality of steel used is also shown by letters A,B,D E and AH, BH,DH, EH.

This plan is useful in finding the displacement of the ship for a selected mean draft. The Displacement is required to be known to decide on the total number of blocks to be used since each block can support only a maximum given mass. The capacity plan also gives information on
(a) volumes of compartments/tanks in M3
(b) location of centre of volume of compartment/tank
Hence the capacity plan may be used for making minor stability calculations for moments which are required for trim and heel adjustments.